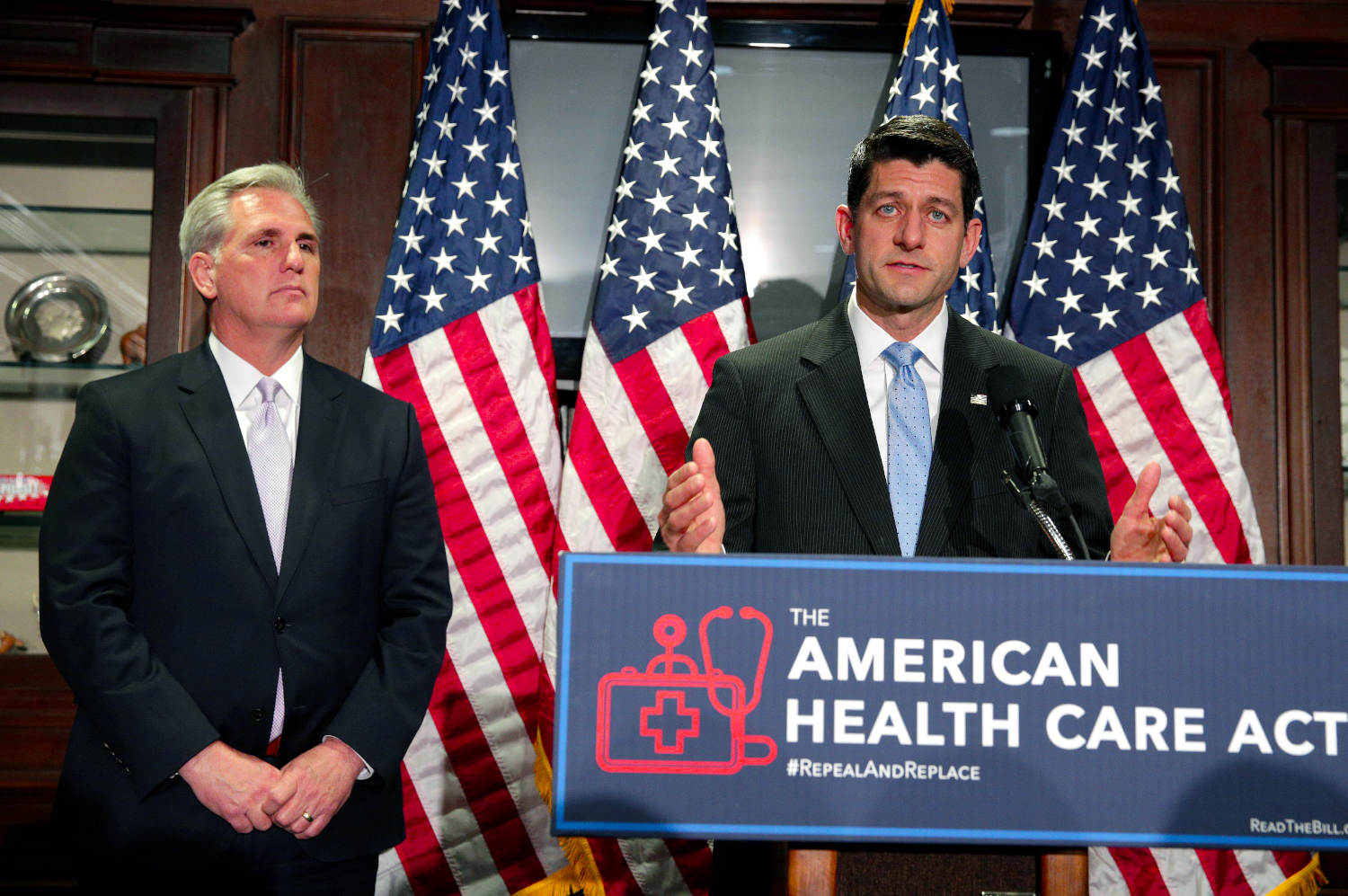 American Health Care Act supporters, such as Paul Ryan, had to acknowledge that the Act was dead on arrival Friday.  Despite the fact that the Trump Administration presides over a Republican House and Senate, it became clear that the American Health Care Act will not pass.  The House of Representative members were released to go home for the weekend, and no activity is planned for next week. No Senate activity as anticipated, and Congress is back to square one.

Regarding the American Health Care Act, the New York Times reported that Speaker Paul D. Ryan conceded, “We’re going to be living with Obamacare for the foreseeable future.” Health insurance companies will soon be filing their 2018 rate plans on either June 1, 2017 or July 17, 2017. The date depends on whether the issuer is in a state without or without an effective rate review program.  In the absence of an ACA alternative, we expect health plans to be based on actuarial values, minimum essential benefits, risk pools, and other factors as described in the Affordable Care Act.

According to The Hill,

“We tried. We tried our hardest. There were people who weren’t not interested in solving the problem. They won today. The Freedom Caucus wins. They get ObamaCare forever.”

Now that the American Health Care Act is done for, there is some certainty for litigants.  In my experience, medical costs may be litigated in

Key components of the ACA that will continue to keep costs down for patients, including plaintiffs’ medical costs are:

The intricate nature of the ACA suggests that counsel for defendants should consider a credible expert on the ACA. An expert is ideal to explain to the court what impact it has on future medical costs. Plaintiffs need to understand the ACA and how it relates to health care costs to ensure that they are accurately represented.  The ACA is complex. It cannot simply be repealed without detail examination of the consequences. It is because of this fact that some Republicans refrained from voting for the American Health Care Act.

According to the National Association of Mutual Insurance Companies (NAIC), “Our position is that the collateral source rule does not allow evidence to be introduced at trial that would show that a plaintiff’s losses have been compensated from other sources. This rule keeps important information relevant to the determination of damages from reaching the jury. NAMIC supports allowing collateral source payments at trial or offsetting the amount paid to plaintiffs by collateral sources, less the amount paid by the plaintiff to secure the benefit.

Even in states that allow consideration of a collateral source, some payors may accept a percentage of charges as a flat rate for reimbursement, which may not represent the UCR charges nationally or regionally. An analysis of UCR vs. percentage of bill may be important to determine a true customary value based on the market.

In courts where no collateral source may be used as a basis for determining health care costs, Fee for Service Medicine will continue to be a method by which medical costs may be determined using the Usual Customary and Reasonable (UCR) method. This is based on common charge rates, rather than net reimbursement rates from insurance.  In situations where one side is unfairly inflating or deflating medical costs, a neutral party who can explain UCR methods, such as a credible expert witness,  may be helpful.

I’ve been retained as an expert witness in cases where state laws have become complicated after enactment of the federal Affordable Care Act.  It appears to me that Collateral Source rules are one of those areas.

Unresolved Issues and Misunderstandings about Obamacare

Because the American Health Care Act failed, there will continue to be questions about issues with Obamacare including:

How Could the Trump Administration Weaken the ACA?

It is now likely that the repeal and replace the ACA opportunity is gone.  However, by making changes to the law through waivers and rule changes, the ACA could morph into a new set of standards. For example, Medicaid waivers have been used for years in all 50 states to provide more generous coverage for people with disabilities.  As noted by the Kaiser Family foundation, the American Health Care Act bill called for changes to Medicaid that could have affected non-elderly adults with disabilities. Some non-elderly adults with disabilities have gained Medicaid eligibility through the ACA’s expansion. Yet, the House bill called for ending the expansion’s enhanced federal matching funds.  Executive orders and other waivers can still accomplish this, even though the American Health Care Act did not pass.

Our View: What is the flaw in Both the ACA and the AHCA in Terms of Controlling Healthcare Costs?

In our opinion, neither the ACA or the AHCA  dealt with the heart of the issue – the lack of transparency in healthcare pricing and billing. This issue prevents health care consumers from choosing based on real quality, price, and outcomes.  (See Secretary Tom Price Explains American Health Care Act )  Instead, both Acts focus on shopping for insurance.  Health insurance increases the money supply and causes inflation, just as student loans have caused the cost of college tuitions to rise over 1,000% since 1980.  Student loan debt in the United States grew to over $1.2 trillion and tuition increases continued at nearly triple the rate of inflation, according to a CNN report.  That is approximately a third of the entire spending on healthcare and it is rising at a higher rate than healthcare inflation.  It is not surprising that conservative Republicans may want to reduce Medicaid because of this. Even though it covered more of the people who can least afford healthcare, it increases the usage of care and inflation. The dilemma is that if a healthcare consumer believes that all health care services are paid for by Medicaid, they have no stake in whether they spend the money for those services. To add to the situation, there is limited oversight as to how health care dollars are billed. As a result, it creates huge opportunities for abuse of the system and ever increasing costs that taxpayers must cover.

Current Strategies Available to Plaintiffs to Mitigate their Costs

Complex rules on medical coding and billing, limited enforcement and oversight of accurate documentation to support medical coding makes it easier for bad actors in the healthcare system to commit fraud. Billions of dollars are wasted each year due to collusion between some lawyers and health care providers. Much of healthcare medical coding, billing and pricing is so complex that few understand how it works.  However, consumers do have access to public pricing data, which can be used to ease their own costs. For example, one can Google ‘cost of a knee replacement” and find web sites with pricing data. Although insurance is not perfect, health care payors are skilled at examining the medical necessity of a procedure and the acceptable cost within a geographic setting. Those with insurance should use it when seeking care or considering how to pay for care. These strategies are important considerations for litigants, whether they are advocating for higher or lower costs for medical procedures.

What Payors, Providers, Employers and Government Could Do to Stem Waste and Fraud

Similar to the options now available to consumers via the Internet, modern analytic capabilities are available to business and government to scan for wasteful spending and fraud. However, the industry still uses methods from the 1970s. The outdated methods consist of sampling faxed medical records from a tiny sample in hope of finding fraud.  The data is there, but it is key to understand how to access it, structure it, and use it to make better decisions. We would quickly find  the inappropriate, wasteful and fraudulent spending if we sampled all of the data.  By using this method, we increase the chance that we are only spending money on healthcare that is going to do some good.

Stage 2 Meaningful Use, Interoperability of EMRs and ICD-10. What is CMS, ONC and HIPAA Impact on Accountable Care Organizations?