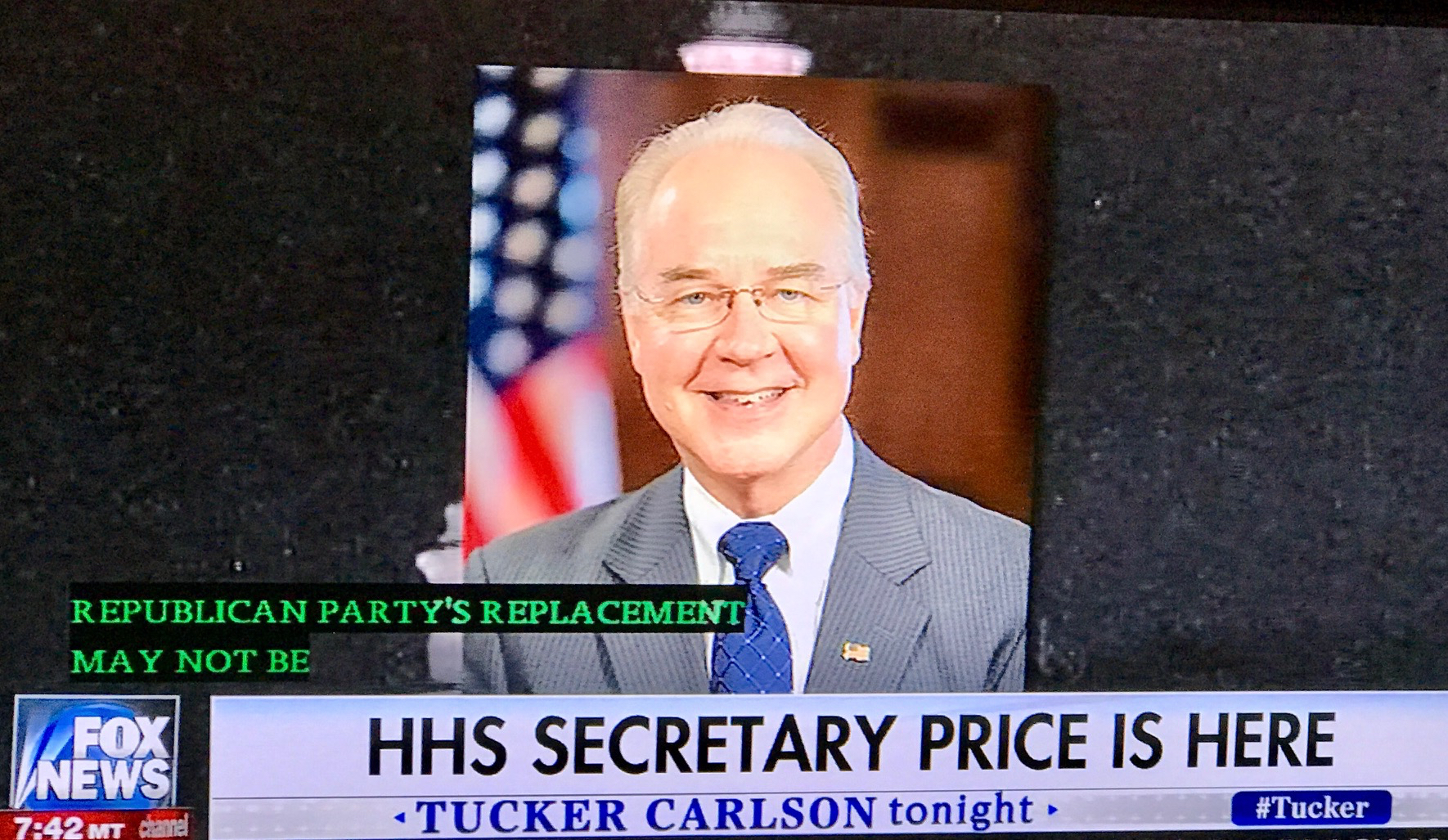 On the eve of the house vote on the Trump Administration’s proposed health care law, the American Health Care Act of 2017 – H.R. 1628, HHS Secretary Tom Price appeared on Fox News on March 22, 2017 on Tucker Carlson Tonight.  According to Price:

A. The American Health Care Act of 2017 (AHCA) is not just the AHCA, it’s the Act plus other programs and reforms. The reforms Secretary Price referenced were:

and other programs.  So, according to the Secretary taken together costs will go down and choices will increase significantly.

“Every single American otta have access to the kind of coverage they want for themselves, not what the government forces them to buy and that’s the key.”

C. My Observation: If Americans can shop for insurance coverage but don’t have an active stake in choosing the quality of care, the type of care and the cost of care, I wonder if the AHCA will deliver the Trump Administration’s promised results.

[1] Section 1333 – Provisions relating to Offering of Plans in than One State is already a component of the ACA which required the Secretary of HHS to issue regulations for the creation of health care choice compacts under which two or more States may enter into an agreement…” However, regulations for interstate health care choice compacts between states were never issued.   Apparently, the Obama Administration never consulted the National Association for Insurance Commissioners (NAIC). See the Palm Beach Post Selling health insurance across state lines – it’s already legal under Obamacare published March 18, 2017.

[2] According to Chad Terhune with Keiser Health News in an article published in The Washington Post, “Top Republicans say a medical malpractice crisis is threatening U.S. health care: Frivolous lawsuits are driving up malpractice insurance premiums and forcing physicians out of business. Doctors and hospitals live in fear of litigation, ordering excessive tests and treatments that make health care unaffordable for Americans. That’s why House Speaker Paul D. Ryan (R-Wis.) and Rep. Tom Price (R-Ga.), tapped to be the nation’s top health official by President-elect Donald Trump, are vowing to make tort reform a key part of their replacement plan for the Affordable Care Act.”

American Health Care Act DOA. What Does it Mean for Medical Cost Litigation?