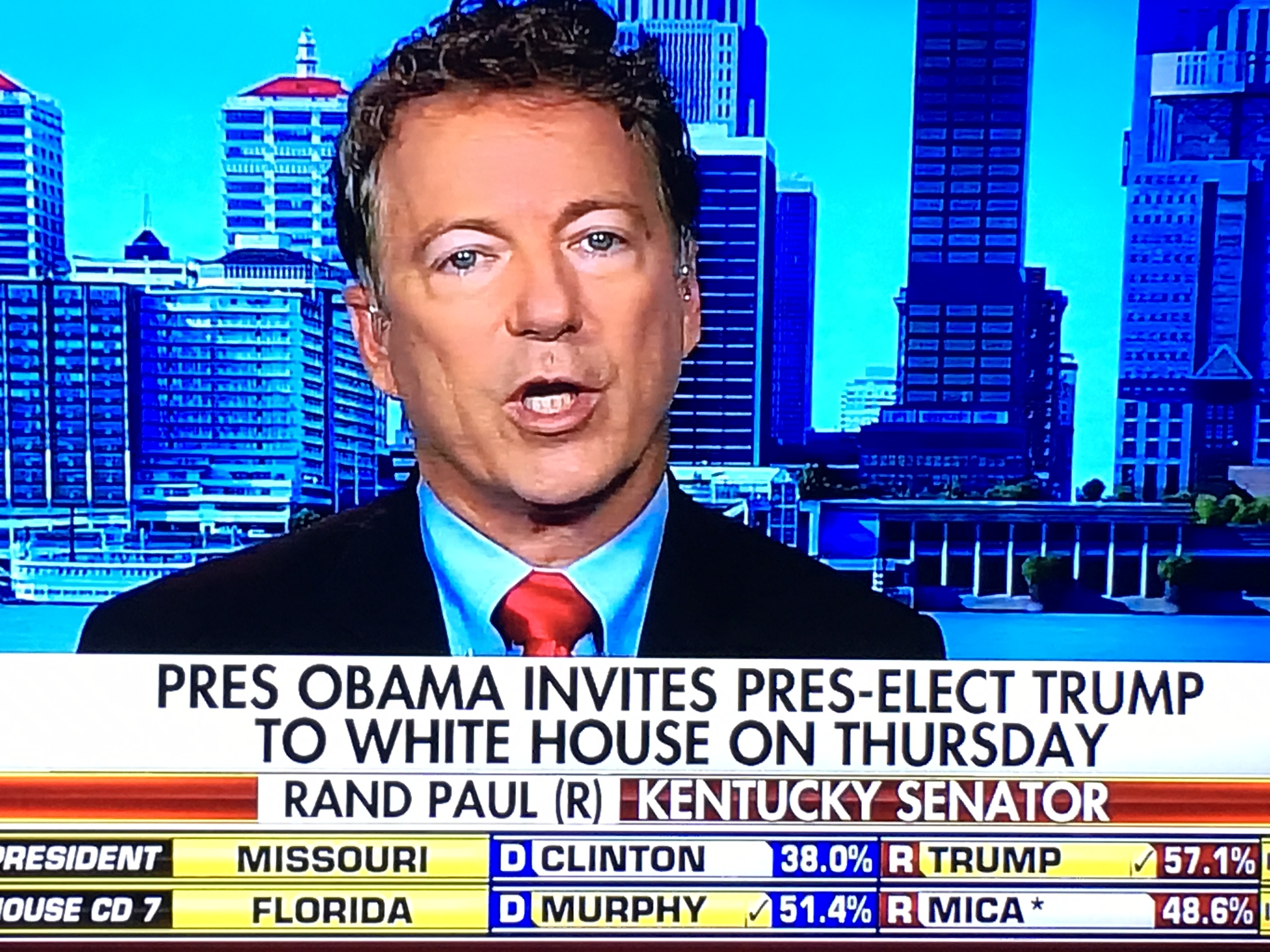 Re-elected Senator Rand Paul interviewed on Fox News Channel November 9, 2016 hints at what changes may be in store under a Trump administration regarding the Affordable Care Act

Senator Rand Paul (R) Kentucky was re-elected on November 8, 2016. In his interview on Fox News Channel Wednesday November 9, 2016 he re-iterated his statement that one of the first tasks for a Trump – led Republican Administration is to make it legal again to purchase low cost insurance.

Low Cost Insurance refers to the ACA’s elimination of high deductible health plans (HDHP).  Under the Affordable Care Act, the maximum out of pocket for any health plan is was $13,700 in 2016 for a family.   Generally speaking, any HDHP that exceeded that amount is eliminated. However HDHPs are allowed under the ACA in effect by Health Savings Accounts (HSAs).  HSAs have limits on out-of-pocket costs, similar to the ACA.

The ACA eliminated plans with high deductibles and out-of-pocket exposure.  At the same time, the new guidelines are compatible with HSAs and HDHPs.  Specifically:

Stop loss insurance, providing catastrophic financial support only as a hedge against high medical bills has been essentially unavailable.  For some who wish to avoid high insurance premiums and pay cash for routine medical bills, the Trump Administration may propose a solution for those who only want to guard against major medical bills.

Out of Network Claims Market Gets More Interesting: Cedars-Sinai, UCLA Dropped by Anthem