No World Borders editorial comment: We should remember what got us to the point of having Wall Street executives being micromanged – a lack of financial transparency required the ARRA and the TARP.  And when the government ended up with the majority ownership in AIG it became the shareholder to which the board and CEO are accountable.   That means that even an outspoken, opinionated CEO like Mr. Benmosche is accountable to the American people.   Granted, financial incentives to top talent must be considered.

However, the Fed is having to do more cleanup: it will be buying AIG Mortgage Backed Securities (MBS).  See related Seeking Alpha post here.

We submit for your review a link to three past No World Borders blog posts on the topic of transparency and approaches to improving it. 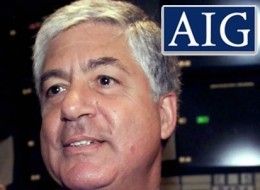 From Market Talk’s blog: AIG chief Robert Benmosche threatening to step down only three months after taking the job shouldn’t come as a surprise considering his personality and all the restrictions hindering his ability to lead the government-controlled insurer.

The executive is chafing under constraints imposed by AIG’s government overseers, particularly a recent compensation review by the Obama administration’s pay czar, Kenneth Feinberg, according to the people. AIG, 80% government owned since a rescue last year, is one of the companies under Mr. Feinberg’s purview.

Last week, Mr. Benmosche and other AIG board members met with Mr. Feinberg in New York. During the three-hour meeting, board members discussed difficulties of complying with pay policies and retaining talent at the company. Mr. Benmosche’s frustrations “hit a crescendo,” said a person familiar with the matter. “Bob feels he is in an impossible situation,” the person added.

Michael is Managing Partner & CEO of No World Borders, a leading healthcare management and IT consulting firm. He serves as an expert witness in Federal and State Court and was recently ruled as an expert by a 9th Circuit Federal Judge. He serves as a patent expert witness on intellectual property disputes, both as a Technical Expert and a Damages expert. He leads a team that provides Cybersecurity best practices for healthcare clients, ICD-10 Consulting, Meaningful Use of Electronic Health Records. He advises legal teams as an expert witness in HIPAA Privacy and Security, medical coding and billing and usual and customary cost of care, the Affordable Care Act and benefits enrollment, white collar crime, False Claims Act, Anti-Kickback, Stark Law, Insurance Fraud, payor-provider disputes, and consults to venture capital and private equity firms on mHealth, Cloud Computing in Healthcare, and Software as a Service. He advises self-insured employers on cost of care and regulations. Arrigo was recently retained by the U.S. Department of Justice (DOJ) regarding a significant false claims act investigation. He has provided opinions on over $1 billion in health care claims and due diligence on over $8 billion in healthcare mergers and acquisitions. Education: UC Irvine - Economics and Computer Science, University of Southern California - Business, studies at Stanford Medical School - Biomedical Informatics, studies at Harvard Medical School - Bioethics. Trained in over 10 medical specialties in medical billing and coding. Trained by U.S. Patent and Trademark Office (USPTO) and PTAB Judges on patent statutes, rules and case law (as a non-attorney to better advise clients on Technical and Damages aspects of patent construction and claims). Mr. Arrigo has been quoted in the Wall Street Journal, New York Times, and National Public Radio.

A Need for Financial Transparency

What Impact on Your Business does this suggest: Higher Intelligence Associated with Delayed Gratification