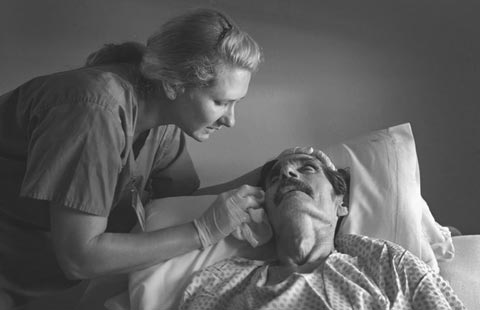 The Senate Finance Committee essentially wrapped up its work on a health care reform bill last week, though additional changes are still possible as the bill is put to a vote of the full Committee later this week. A number of changes made to the bill at the 11th hour last week already are generating concerns about the direction of the legislation.

For example, one amendment approved by the Committee would result in a significant weakening of the individual coverage requirement (see below). This requirement is the cornerstone on which a host of insurance market reforms are supported.

The bill also would levy significant new fees and taxes on different sectors of the health care system, such as health insurance, without adequately tackling the true drivers of health care costs. As health care reform moves toward floor debate in the House and Senate, the industry will monitor events closely and weigh in on issues of substance. While this summer’s town hall meetings were an important part of the process, there will be no more important time for all Americans to stay informed and be involved than in the weeks ahead.

The Senate Finance Committee last week finished moving through dozens of amendments, paving the way for a vote on the finished bill sometime this week after the Congressional Budget Office provides a cost estimate. While many amendments were rejected, the panel did approve at the last minute some significant changes to the bill introduced by Chairman Max Baucus (D-MT) in mid-September.

One amendment adopted would weaken the individual coverage requirement by delaying and reducing penalties attached to the requirement. The maximum penalty for a family of four would start at $200 in 2014 and rise to $750 in 2017.

The Committee rejected amendments for a public plan option, but it did include a mini-public plan option for those under 200 percent of the federal poverty level. To help pay for the legislation, new fees and taxes would be levied on insurance companies, drug makers, medical device manufacturers, and some families. Senate leaders already have begun looking at ways to blend together the Senate Finance Committee bill and a competing Senate HELP Committee bill so that floor debate can begin later in October.

Arguments were presented on both sides of these issues.  In addition, HEA 1300 requires the Indiana Department of Insurance (DOI) to collect information regarding the costs of initiation and operation for recognizing assignment of benefits and report to the Health Finance Commission on its actuarial findings.

The standards used must be disclosed to each affected provider, as well as the details of a process that may be used to dispute the rankings. The measure also prohibits physicians from taking action that would prevent a patient from participating in an evaluation of the physician’s performance. Insurers / payors worked throughout the session with the bill’s authors to ensure that the final version tracked the patient charter and national best practices. Insurers / payors will continue to work with TDI in the crafting of its final rules.

WASHINGTON: Insurers / payors are working with the state and other industry stakeholders to determine the feasibility of maintaining the state’s Universal Vaccine Program for children. Due to budget cuts, the state is scaling back the vaccine program next spring to cover only low-income children.

Currently, the program is available for all vaccinations for any child residing in the state, even those with private insurance. Due to the state’s purchasing power and its ability to distribute vaccine effectively, there are multiple benefits to the state continuing the program.

No World Borders provides services to health care payors / insurers and providers as well as in other industries.