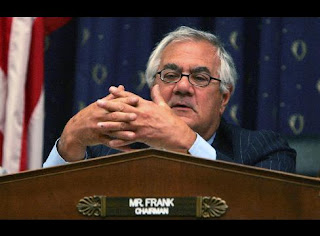 Some investors, including Bill Gross, co-chief investment officer of Newport Beach, California-based Pacific Investment Management Co., are calling for the government to play a bigger role in resolving the credit crunch. Worldwide, financial institutions have reported more than $500 billion in losses and writedowns stemming from the collapse of the subprime-mortgage market.

House Republican leader John Boehner today said creating an agency to buy distressed debt is “probably not the answer.” According to House Financial Services Committee Chairman Barney Frank, D-Mass., the nation’s ongoing financial woes are likely to force Congress and the White House to seriously consider whether the federal government should purchase distressed debt and mortgages.

The lawmaker says the next step may be to create an agency like the Resolution Trust Corp., which took over the assets of failed savings and loan associations nearly 20 years ago, to get financial markets “out of the box.” Frank insists that such an intervention would occur “only if it’s coupled with tough regulation in the future” and only if there is “a realization that the market not only got into this fix but can’t get itself out.” Around the globe, financial institutions have recorded more than $500 billion in losses and write downs resulting from the collapse of the subprime-mortgage market.

As the markets change, you need to respond to the changing needs of customers. Does your team innovate to take creativity from the meeting room to the marketplace? click here.

AIG chief threatening to step down (and, Our Comments on Transparency)

A Need for Financial Transparency