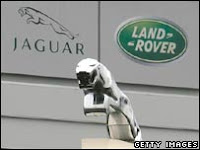 Detroit – After years of effort to make money with Jaguar and Range Rover, Ford has sold them to Tata for $2.3 Billion. The sale to Tata changes the company’s visibility globally. The strategy for Tata has been to grow as a global manufacturer via acquisitions. The transaction helps them compete and increases their ability to sell into the U.S. market.  It increases their ability to exploit lean manufacturing techniques, which are already strong in Jaguar plants (see root cause analysis, Ishikawa diagram, fishbone diagrams for examples of how lean six sigma is applied). Chinese manufacturers have been unable to make such a large purchase.  Therefore, this increases India’s market share vs. other emerging economies.

Just over sixty years have passed since India became an independent nation (see related BBC news post), leaving behind its status as a British Colony. Ironically, today one of India’s leading companies is purchasing two of the best-known British brand names. The sale of Jaguar this week to Indian car maker Tata has prompted some to question what this means for the motoring brand’s rich associations with all things British. The concern, however, ignores the fact that for almost 20 years the pouncing big cat motif has been under the stewardship of American owners, Ford. The new parent is a huge Indian conglomerate aptly named Tata, the word for daddy or father in a string of languages including Latin, Serbo-Croat, Polish and Zulu. The Nano, acknowledged as the cheapest car in the world at about $2,500, is very different from the high-end brands they purchased. The acquisition of luxury brands helps growth because these brands tend to be more insulated from market fluctuations.

BBC news noted that some in the UK are concerned over the potential loss of British identity with the acquisitions, but Tata stated that they are committed to retain and enhance their British identity. “Think of James Bond and you think of Jaguar. Think of 60s London gangsters and you think of Jaguar. Recollect Inspector Morse – Jaguar…” – branding expert Jonathan Gabay sums up why one of Britain’s best known brands is so inseparable from the country of its origin.

What about the impact on Ford and it’s strategy? First, Tata is not expected to become a full-line manufacturer, but this helps Ford strategically. Partnerships may come more from OEMs than private equity firms in the future.

Second, is Tata getting value or cast offs from Ford? Ford has already done much of the heavy lifting for Tata and has broken down some of the organizational barriers in these companies to optimize them. Cultural differences between Tata, Jaguar, and Range Rover may be an issue, however Tata’s global roots may make it easier for them to own and maximize these companies than for Ford. For Ford, the luxury brands have been a bit of a distraction. Now Ford can focus, but this also means, “no excuses.” Ford is not abandoning the luxury market as they still own Volvo and Lincoln. There has also been some talk of taking the Lincoln brand global.
Future Success, Innovation
The $20 Billion plus company is truly an industrial company with momentum and capital. It has a good record in terms of acquisitions – Tetley Tea was a successful acquisition, and Tata has helped the company achieve profitable growth. Under the company’s leadership, Ratan Tata successfully managed through some difficult times. “But it hasn’t been a smooth ride for Ratan Tata. When he became the chairman in 1991, he was seen as a pushover by the group companies’ CEOs, who lorded over their entities.

He had to battle it out with these men, who treated their companies as their fiefdoms. So, the new chairman eased out CEOs like Rusi Mody (of Tata Steel) and Ajit Kerkar (Indian Hotels). Ratan revamped the operations of Tata Steel and made it one of the lowest-cost producers in the world. He made the critics eat their own words, when he launched India’s first indigenous car, Indica, which turned around Tata Motors’ fortunes.

As the group entered the 21st Century, Ratan Tata was obsessed with four critical issues. The first was to globalize his group’s operations, where he has succeeded to a certain extent.

The second was to safeguard his companies against possible hostile takeovers after the London-based Indian, Lakshmi Mittal, purchased the Luxembourg-based Arcelor early in 2006 to become the world’s largest steelmaker, and announced his ambitious plans in India.

So, to thwart any threats, Tata decided to up his stakes in most of the group companies. Ratan Tata’s most important concern, however, was to protect his top lines and bottom lines in the face of ever-increasing competition from domestic and global players.

To achieve this objective, he had no option but to become aggressive, a quality that helped him in other areas. Today, the group, which was seen as risk-averse and cautious, has no qualms about taking on competitors publicly – be it in areas of policy-making, products launched or marketing tactics.” – BBC News